| Water Treatment used in Other Regions

In an American Water Works Association book called The Quest for Pure Water: The History of Water Purification from the Earliest Records to the Twentieth Century, authors M.N. Baker and Michael Taras speculate that human beings’ pursuit for pure drinking water began as early as in the prehistoric times. Nevertheless, the earliest documentation of water treatment was found in Sanskrit writings and inscriptions in ancient Egyptian tombs,  which dates back to about the 15th century BC. According to the archeological findings, many different water treatment methods are mentioned in the Sanskrit medical writings known as the Sus’ruta Samhita. These methods include the boiling of water over the fire, heating of water under the sun, dipping of heated iron into water, filtration through gravel and sand, as well as the use of the Strychnos potatorum seed and a stone called “Gomedaka.”

To disinfect water, many ancient people from different cultures would use copper, iron, or hot sand in conjunction with boiling it. Herbs were often used in the process of well filtration, such as amla, which is high in vitamin C, and khus. Plants were sometimes used to purify water, such as water lily roots and the seeds of the nirmali (Strychnos potatorum).

In ancient Egypt, aluminum sulfate, iron sulfate, or a mix of the two was used to remove suspended solids. Different water purification methods had also been created by ancient people living in other countries. For example, in Greece, a fabric bag, called the Hippocrates Sleeve, was used to strain water before boiling it. In ancient India, sand and gravel were used to filter water before boiling it. This method was found in the Sanskrit manuscript called the Susruta Samhita.

Herb amla and its fruit 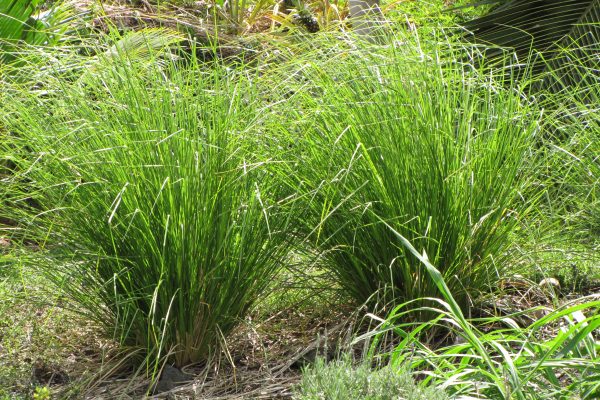 The Nile and Irrigation

The Nile was an important part of ancient Egyptian life. The Greek historian Herodotus wrote that “Egypt was the gift of the Nile”. As an unending source of sustenance, it played a crucial role in the development of Egyptian civilization. Because the river overflowed its banks annually and deposited new layers of silt, the surrounding land was very fertile. The Ancient Egyptians cultivated and traded wheat, flax, papyrus, and other crops around the Nile.

The flooding of the Nile is the result of the yearly monsoon between May and August, causing enormous precipitations on the Ethiopian Highlands whose summits reach heights of up to 12,928 feet (4550 m). Based on the features of the flooding of the Nile, the ancient Egyptians divided the natural year into three broad natural seasons of Akhet, Peret, and Shemu, and invented the ancient Egyptian calendar:

With the help of the ancient Egyptian calendar, the Egyptians constructed canals and irrigation ditches to harness the Nile river’s yearly flood and bring water to distant fields. At its peak, the flood would cover the entire floodplain, which could raise the Nile River 45 feet (13.72 meters) over normal heights. As the waters receded, the floodwaters left behind rich soil. This soil allowed the ancient Egyptians to grow crops. Therefore, they planted wheat and other crops just as the mild winter was beginning and harvested them from mid-April to early May.

The Egyptians practiced a form of water management called basin irrigation, a productive adaptation of the natural rise and fall of the river. They constructed a network of earthen banks, some parallel to the river and some perpendicular to it, that formed basins of various sizes. Regulated sluices would direct floodwater into a basin, where it would sit for a month or so until the soil was saturated. Then the remaining water would be drained off to a basin down-gradient or to a nearby canal, and the farmers of the drained plot would plant their crops. This practice allowed the ancient Egyptians to control the rise and fall of the river to best suit their agricultural needs. A crisscross network of earthen walls was formed in a field of crops that would be flooded by the river. When the floods came, the water would be trapped in the basins formed by the walls. This grid would hold water longer than it would have naturally stayed, allowing the earth to become fully saturated for later planting. Once the soil was fully watered, the floodwater that remained in the basin would simply be drained to another basin that was in need of more water.

Since the crops needed water to grow, the ancient Egyptians also invented a system of canals that they dug to irrigate their crops. Besides, they built gates into these canals to control the flow of the water and built reservoirs to hold water supplies in case of drought.

Shadoof, also spelled Shaduf, is a hand-operated device for lifting water.  The shadoof was a long tool on a seesaw type of bottom, with a weight on one end and a bucket on the other. The bucket could be lowered into the canal and filled with water. Then, the bucket could be rotated around to the area in need of water. The ancient Egyptians used it to help move water from the canal to the fields.

A nilometer was used to predict flood levels. This instrument was a method of marking the height of the Nile over the years. Nilometers were spaced along the Nile River. They acted as an early warning system, alerting these early people that waters were not as high as usual, so they could prepare for drought or for unusually high floodwaters. 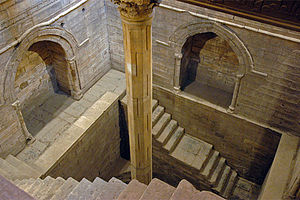 Water Treatment Used in Other Regions

Both the ancient Sanskrit and Egyptian writings clearly reveal the practices used by ancient people to keep the water pure and germ-free. The methods specified in the Sushruta Samhita include Boiling, heating under the sun, or dipping heated iron into the water. The text also reveals the filtration process according to which water can be purified filtering it through sand and coarse gravel and then allowed to cool. Other purification methods included the use of a kind of stone, known as “Gomedaka,” and the seed of Strychnos potatorum.  In other Sanskrit texts, Ousruta Samhita filtering through the charcoal method is given.

The Sushruta Samhita, which was an ancient Sanskrit text first invented in the 3rd or 4th century AD is on all of the major concepts of ayurvedic medicine with innovative chapters on surgery. This text was attributed to Sushruta, who is widely considered the “Father of Surgery.” It is also one of the two foundational Hindu texts on the medical profession that have survived from ancient India.