Pompeii is a key destination for tourists each year. The ancient city is located in Campania, Italy near the Bay of Naples. In the distance, tourists can see the southeastern base of Mount Vesuvius, the volcano that decimated the city of Pompeii centuries ago.

Mt. Vesuvivus’ volcanic eruption in 79 A.D. entombed the city of Pompeii. With the eruption brought ash, pumice and other volcanic debris which would overlay the city. The depth of the debris were estimated over 3 meters (Jashemski, 2019). The destruction continued with surging turbulent clouds containing pyroclastic material and hot gases entombing the city. Rains of ash and pyroclastic flows continued adding an additional 3 meters of debris (Tronchin, n.d.). After the volcanic event, the city of Pompeii was preserved under an estimated 6 meters of pumice and ash (Jashemski, 2019). It laid undisturbed and forgotten until it was rediscovered in 1748. Archaeologists continue to excavate and uncover the ancient city’s history (Shpulak, 2019).

Pompeii’s destruction as well as its unique preservations captures a moment frozen in time. Preserved organic materials (i.e. eggs, loaves of bread, clothing, etc), art, workshops, restaurants, temples, et al. have been unearthed through continued excavations (Western Australian Museum, 2010). These findings provide a glimpse of what everyday life was like in the first-century Italy.

Approximately 2.5 million tourists visit Pompeii each year making it one of Italy’s more popular destinations (Pullella, 2010). Situated in the Campania region of modern-day Italy. Pompeii is located southeast of Naples.

The city was added to the UNESCO World Heritage List in 1997 (UNESCO, 2011) as the city serves as a historical repository of antiquity. A site “must be of outstanding universal value” to be inducted into the UNESCO World Heritage list. Further details on the criteria can be found on their website. It’s easy to see why this is of outstanding universal value, excavated over several centuries, what is seen today is a vivid impression of ancient antiquity. The pictures below are from Professor Jim Park’s visit to the ancient city in 2019. 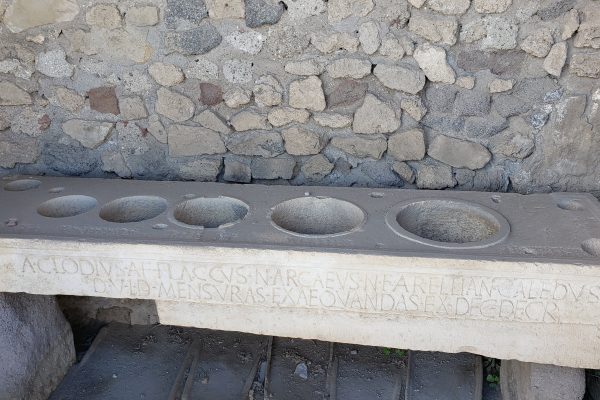 A measurement block used as a standard for measures to check the weight or amount of goods in trade. 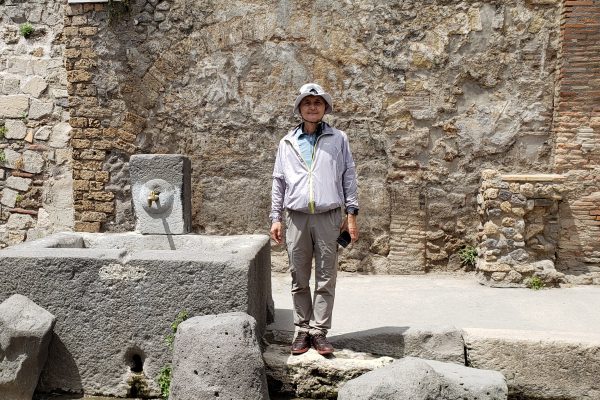 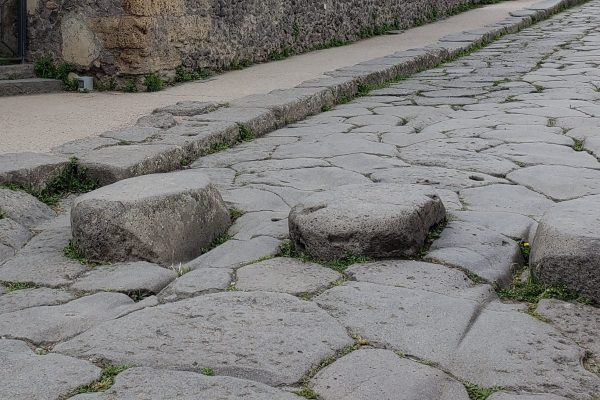 Stepping stones kept feet dry and out of the rainwater, sewage, and all sorts of other waste that would have filled the streets 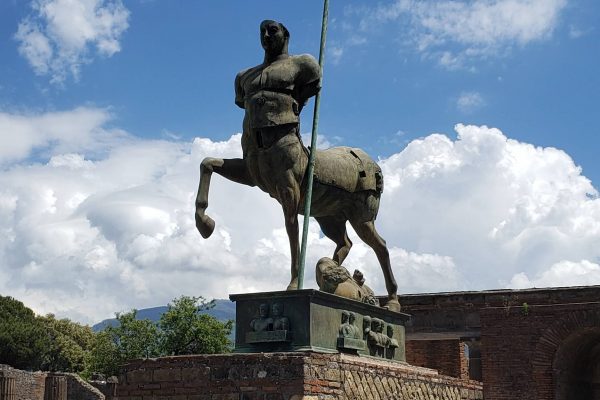 An exhibition comes to life in Pompeii with sculptures, like the centaur, by the late Igor Mitoraj 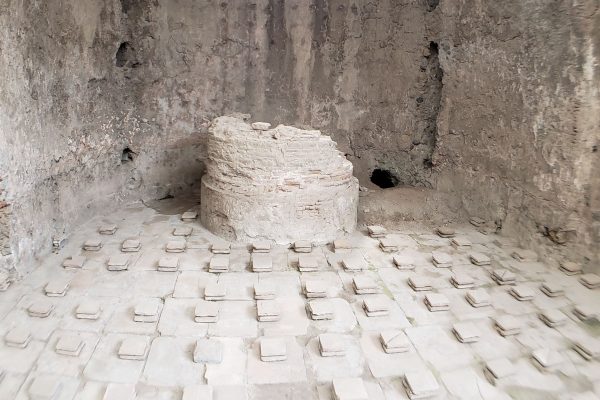 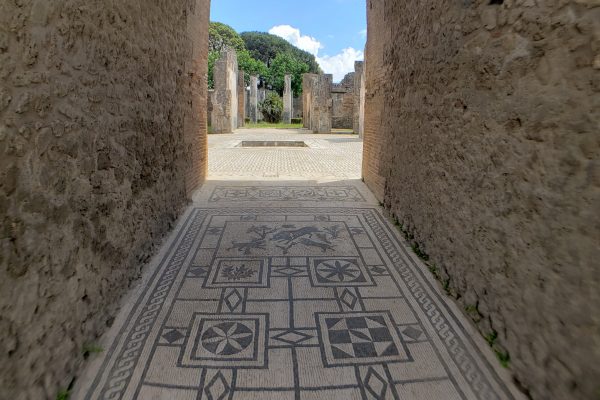 Many houses had intricate mosaics at the entrance which described the status, wealth, and philosophy of that household 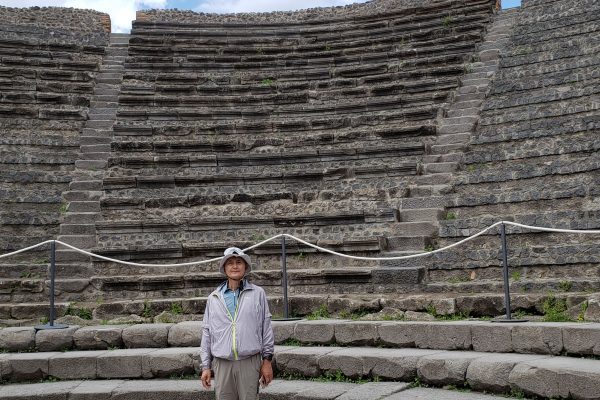 A small theater, built by Romans, for popular theatrical performances like miming, singing, and plays 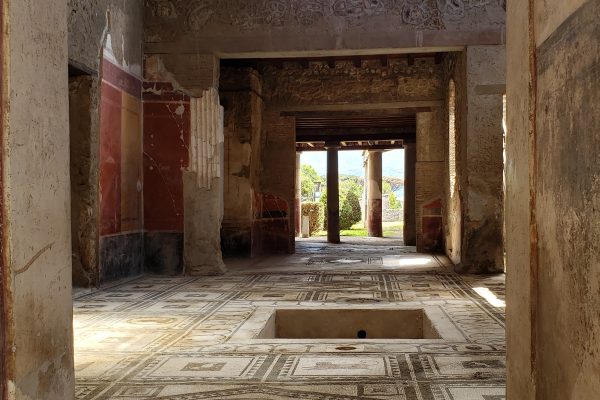 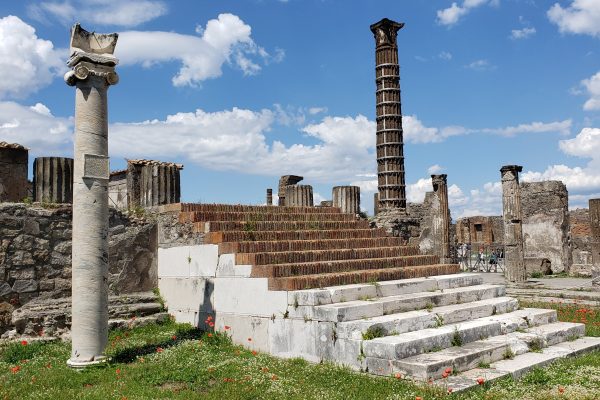 Located at the heart of Pompeii, the Forum was a thriving market and trade center