The ancient Minoan civilization were the first to use underground clay pipes for sanitation and water supply. Knossos, had an efficient water system to bring in clean water, remove sewage and storm sewer channels so that they overflowed when it rained heavily. Similarly, the ancient Greeks of Athens used an indoor plumbing system for pressurized showers, the inventor Heron applied this system of pressurized pipes to put out fires in the city of Alexandria (Aitken humanities, 2021).

According to archaeological excavations, the Greeks used methods to have a good quality of the water such as the use of decanters, filters and the boiling of water. Although at that time the boiling of water was not very preferred by the economic environment for long periods of time due to the use of firewood and other fuels that were scarce resources. Ancient Greece was one of the first countries to build aqueducts to have clean water in civilizations and irrigate crops, just as it invented the sewage system (Aitken humanities, 2021). 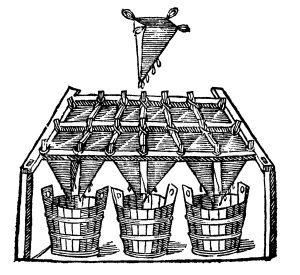 Civilizations used special protection for their water systems to prevent rupture and many of the aqueducts were placed underground with a depth of 60 feet. Athens needed many aqueducts to bring water from the mountains or in turn people depended on deep wells. Much of the sewage flowed into streams or rivers, so the larger cities made public fountains, with the water piped from outside the city. Many women went to the public fountain to fetch water and take everything home (Aitken humanities, 2021). Similarly, it is said that the wastewater was used for agricultural irrigation. The gray water was given to the animals, used to wash the floors or to water the house plants while the rainwater was used for irrigation water. The culverts were constructed of cement-lined stone blocks and were large for one person to maintain with constant checking through inspection shafts, which have spaces for air to enter and help ventilate the culverts. For example, in the Palace of Knossos it could be noticed that rainwater drained from the roof through light wells, on the other hand when they had a flat roof it moved through vertical pipes that ended in a sewer. Disposal sites were generally the Kairatos River and the sea, but they still used cisterns as surface water dumps (Angelakis, Koutsoyiannis & Tchobanoglous, 2005). 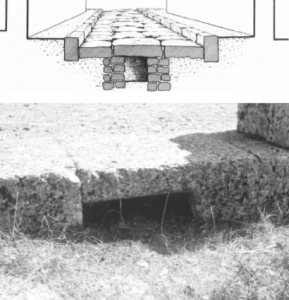 Many of the ceramic clay pipes were used for small sections of sewers or aqueducts while the culverts with larger cross sections were made of stone. In the more sophisticated case, the storm drains are carved stone exposed like a gutter. The most common were stone masonry sewers with rectangular section covered by stone blocks that transported rainwater, wastewater or combined sewer, these were lower cost and allowed water infiltration into the ground, thus reducing the amount of flow with a recharged aquifers (Angelakis, Koutsoyiannis & Tchobanoglous, 2005).

A Greek determined an engineering solution that sought to balance construction needs with the physical properties of the water flow. This Greek knew the hydraulic principle that water needs a gradient to flow, he took into account a horizontal tunnel achieving the necessary slope by excavating an inclined channel along one side of the floor. On the other hand, in places where the slope, the channel would be very deep, a second small tunnel was built under the main tunnel. Hydraulic systems used for flood control and energy utilization, dams, drainage systems, and water mills were used. An example is the Great Drainage of the Athenian Agora built in the early 5th century BC. C., which until now drains the Agora (Koutsoyiannis & Patrikiou, 2014). 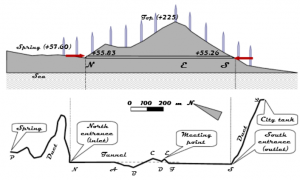 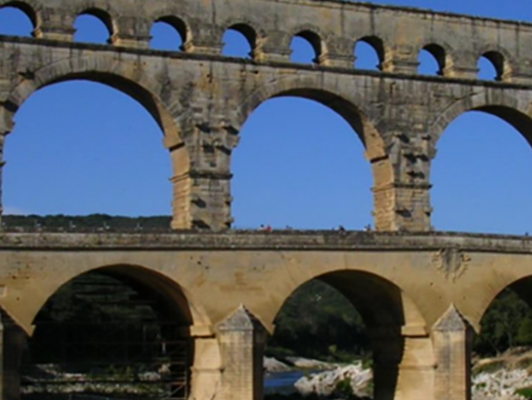 An artificial channel for conveying water 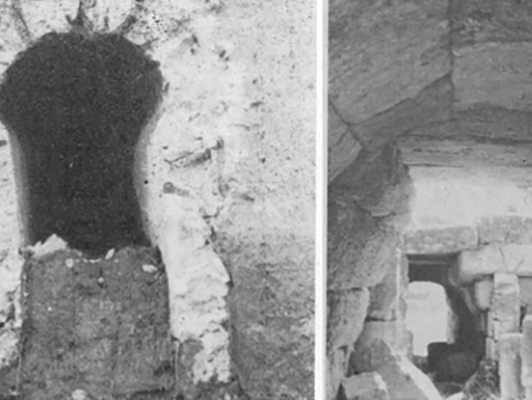 An underground conduit for carrying off drainage water and waste matter 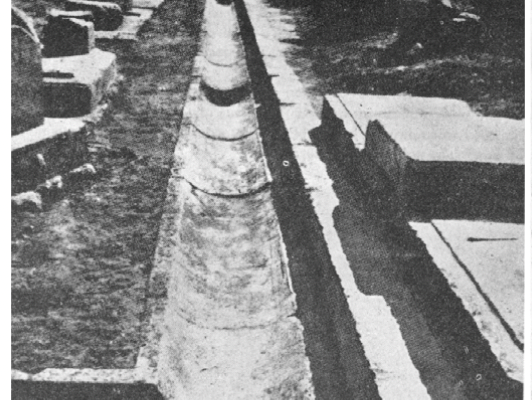 Clay pipes used to supply water and carry sewage away 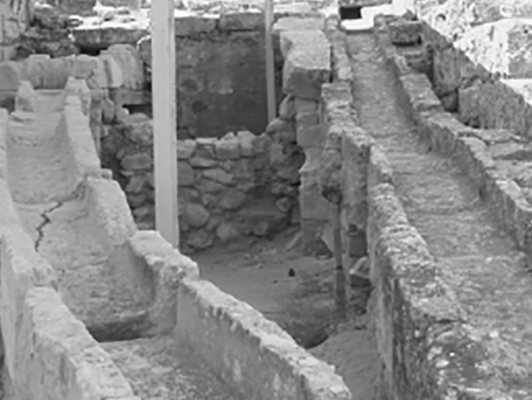